The Karen Community of Utah is dedicated to creating a forum by pooling resources from members and the community at large with the vie to help build and develop the organizational capacity of each of the Karen communities through networking, educating and training, advocacy, mentoring, collaborating and partnerships.

The purpose of KCU is to:
If you would like to get involved.

For more information on how to get involved, look at our Leadership page and feel free contacting our KCU presidency.
Posted by Unknown at 3:46 PM No comments:

Who are the Karen?

The Karen are an indigenous people from Myanmar (also know as Burma). A good document that covers some basics of Karen culture can be found here, or you can come and meet some of the great Karen community in Salt Lake County yourself at some of their celebrations. Two of the biggest traditions are New Year's and every fall there is a wrist tying ceremony.

New Years:
The Karen New Year is based on the full moon and is held on the first day of the month of Pyathoe in the Buddhist Lunar Calendar – in December or January in the Western calendar. The Karen New Year marks the end of the harvest of one rice crop, the beginning of the next rice crop, and the time when new houses are built. Karen New Year celebrations include singing, Don and bamboo dances, speeches, and eating  sticky rice and fried chicken.

Wrist Tying Ceremony:
This is also known as Karen Friendship Day and is celebrated in August and is an event celebrated all around the world, including dancing and singing performances. The wrist tying can be participated by any who come to the ceremony and is a non-religiously affiliated wrist tying by Karen elders, which symbolizes unity and the Karen's blessing of health and happiness for the next year.

Some say that this tradition dates back to when the Karen first migrated to Burma from the north. When they left their original country thousands of years ago, they gathered together and tied wrists so that they would be able to recognize that they were from the same group once they arrived at their new land or Burma. 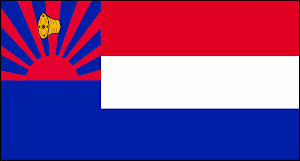